Vidhu Vinod Chopra’s next, ‘Shikara’ has become the talk of the town after the screening in New Delhi. The makers showcased 30 minutes from their film to real-life Kashmiri Pandit refugees and received immense appreciation from everyone.

Now, they are all set to organize a special screening of ‘Shikara’ for the real Kashmiri Pandits refugees who left their homes during the mass exodus of 1990, in Mumbai on the 29 January. Leading actors Adil Khan and Sadia will be joined by Vidhu Vinod Chopra and other renowned personalities from the industry at the screening.

Talking about the film, ‘Shikara’ brings back the untold story of Kashmiri pandits from the valley of 1990 and has 40,000 real migrants of Jagti and other camps who shot for the film. The movie also has actual footage from the exodus included which brings it even closer to the reality

Ever since the release of the first trailer, the curiosity factor has been on an all-time high which reached another height after the makers released the second trailer of the film. ‘Shikara’ is Vidhu Vinod Chopra’s tribute to his late mother and is all set to release on 7th February 2020. 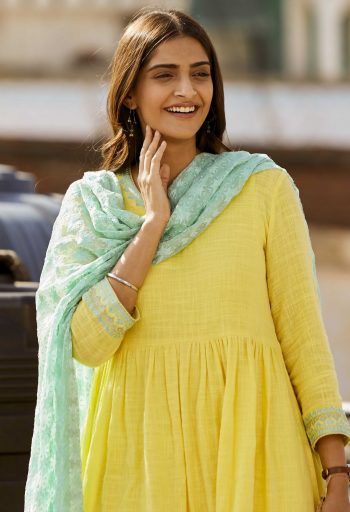 Sonam Kapoor’s Ek Ladki Ko Dekha Toh Aisa Laga had a slow opening at the box office and showed little growth during the weekend. After opening at Rs 3.30 crore on Friday, the film collected Rs 4.65 crore and Rs 5.58 crore on Saturday and Sunday, respectively, which takes its total to Rs 13.53 crore.

The film also stars Anil Kapoor, Rajkummar Rao and Juhi Chawla in prominent roles. This is also Sonam and Anil’s first film together. They play a father-daughter duo in the film. Directed by Shelly Chopra Dhar, Ek Ladki Ko Dekha Toh Aisa Laga is the story of a girl called Sweety, who is in a same-sex relationship but is unable to share her real identity with her family. She confides in a friend, played by Rajkummar Rao. South star Regina Cassandra plays her love interest in the film.

The film’s title is inspired by the title song from Anil’s 1994 film 1942: A Love Story. The title song of the film has been recreated by lyricst Gurpreet Saini and singers Darshan Raval and Rochak Kohli. Another song Ishq Mitha is the recreated version of the popular Punjabi number from the ‘90s, featuring Malai

Shikara` a story that needs to be told, says Aamir Khan

Sonam K Ahuja is one of the most talented actresses we have in Bollywood. The actress, who has films like ‘Neerja’... Read more

Sonam Kapoor might be in London with husband Anand Ahuja but she has been keeping her fans entertained with her... Read more